It’s no secret that the banks aren’t particularly happy about paying 15 basis points to Apple for inclusion of their cards in Apple Pay. It’s also no secret that since Apple Pay’s launch Visa and MasterCard have expanded the digital enablement services that Apple uses to include a ban on such fees, meaning that as the banks’ individual contracts with Apple expire, Apple will need to seek new ways to monetize its payment service.  That shouldn’t be a problem.

If you can get through the excruciatingly dull 129 pages of legal mumbo jumbo and technical specifications in Apple’s patent application US20150348002, User Interface for Payments, you can find some incredibly interesting things about Apple’s vision of the future for Apple Pay.  The patent application was filed Sept. 30, 2014, just after Apple announced the Apple Pay service on Sept. 9, 2014, but before it became available on Oct. 20, 2014. Much of the document covers components that have been incorporated into the existing Apple Pay product. Based on this, we can assume that this patent application is a pretty good representation of Apple’s plans. There are several components outlined in the application that have not yet made it into the product. The most compelling are these images (Figure 1):

The press has covered the first image extensively, churning up excitement about Apple’s pending entry into person-to-person (P2P) payments. However, P2P doesn’t make money for anyone, so it’s just a small piece of the bigger picture. The second (right) image is far more compelling and provides a solid indication of Apple’s plans to leverage its payments capabilities across the platform in order to further monetize all of that consumer attention that is so constantly directed towards Apple devices.

As well as how business models need to change in today’s connected world:

…in a connected world, products are no longer one-and-done. Thanks to over-the-air updates, new features and functionality can be pushed to the customer on a regular basis. The ability to track products in use makes it possible to respond to customer behavior. Of course, products can now be connected with other products, leading to new analytics and new services for more effective forecasting, process optimization and customer service experiences.

And he finishes with:

Just like value creation, connecting to the cloud forces a new mindset around value capture, the monetization of customer value.

This is a perfect description of the biggest challenge that Apple faces today, which is to answer the question of how to get out of feature competition cycles that are tied to one-time sales and instead focus on monetization of consumer value over time for recurring revenue. iTunes was a brilliant, initial step in this direction, helping Apple monetize consumer entertainment experiences that occur through the device, but these devices are being used for so much more.

How can Apple get a piece of the nonentertainment usage? As I sit typing this article in the waiting area at the gym where my son is in gymnastics class, I sit with 12 other parents, every single one of which is on a mobile device. That same scene is playing out in waiting rooms, subways, offices, living rooms, hotel rooms, cafes and, yes, even bathrooms across the world. The two figures above coupled with their explanatory text create a glimpse into how Apple is working to monetize all of that activity.

Keep in mind that Apple Pay is not an app; rather, it is part of the operating system. The above figures do not demonstrate that Apple intends to launch a P2P payment service through its messaging app; rather, they demonstrate that Apple intends to deploy payments solutions across the entire platform, within every single app. By deploying payments to third-party apps, Apple can monetize consumer experiences created by third-party content providers. By deploying payments within Apple products, it can monetize the consumer and merchant utility provided by the device.

Consider the above figure on the right. The map portion of the figure demonstrates a geolocation-based search with a variety of merchants in range of the consumer. One of those merchants is pushing a specific product to the consumer, and the consumer has the opportunity to order and purchase that product with one tap. At the same time, Apple encourages the consumer to download the merchant’s app, also with a single tap.

Consider this next figure, where Apple spells out the approach to making this all work. The process involves matching the consumer’s payment history with other contextual information such as geolocation and with merchant suggestions and offers, resulting in a highly contextual offer to the consumer, with Apple Pay providing an immediate purchase and monetization option (Figure 2). 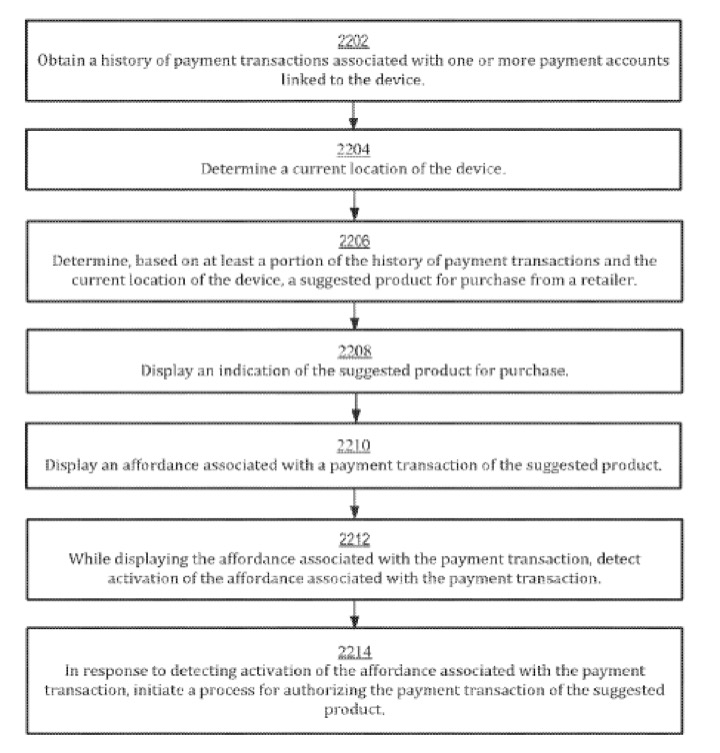 In short, Apple doesn’t give a rip about P2P, and losing its current revenue stream from the banks shouldn’t be a problem either. Apple is planning to become a sales and marketing engine for every merchant, selling to every Apple-using consumer, all the time. P2P is just a small part of that, as are tap-and-go, NFC-enabled payments at the point of sale. This is a comprehensive platform play, and the implications to retailers and payments firms alike are significant. How will this affect your strategy?

For more on this topic, see: