The iPhone 7 Is an Opportunity for Square, Not a Problem 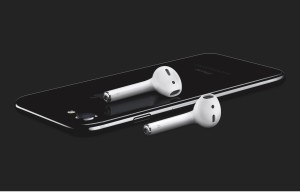 It’s finally official. The iPhone 7 will not include a headphone jack. How does that affect Square and other mobile point-of-sale (MPOS) vendors and their merchants who rely on card-reading dongles plugged into headphone jacks to process credit card transactions? Not much. If anything, it’s an opportunity.

There are three types of users that Square and other MPOS players need to think about:

Each of these groups can be broken down into subgroups:

Android currently maintains a 53% market share for U.S. phones, and iPad has a very significant share of the MPOS market. Not all iPhone users are ready to upgrade, so sub-group #2, for whom the iPhone 7 is irrelevant, is a very big portion of the population. For this discussion, we’ll assume that subgroup 2 is 60% of the population and sub-group 1, where the iPhone 7 does matter is about 40%. This group of approximately 40% needs to be divided into the above user-type categories, as what really matters is the intersection of the user types and subgroups:

Type 2, subgroup 1, approximately 32% of the population: These customers don’t really matter to MPOS providers. These are the ones who generate expenses but not revenue. Just let them pay for a new swiper if they want to upgrade to the iPhone 7. If they don’t want to pay and they cease to be a customer, no great loss. The ones who drop off the map will naturally be the less valuable of the group anyway, and those who step up and pay will naturally be the ones who assign greater importance to payment acceptance. This effort will naturally cleanse the portfolio of the worst-performing customers, and providers will keep the best customers from this group. This sounds more like a solution than a problem.

Type 3, subgroup 1:  This is an important group and the group for whom you most want to have a free or very inexpensive solution in place. For this segment, MPOS providers could:

Regardless, this is a very solvable problem that affects all competitors equally. No one is going to lose significant business over it, and whoever gets to market first with a low-budget lightning plug solution will have a bit of an advantage in new customer acquisition. It was no secret that Apple was going to get rid of the headphone jack, so many manufacturers definitely have something in the works. It’s more of an opportunity than a problem.

Who’s best positioned to take advantage of the opportunity? Square has historically been very fast-to-market with new hardware. It owns its own hardware design team. It has scale, so it can order hardware in large volume and, therefore, get priority from hardware manufacturers. It has a recognized, national brand, huge distribution assets and the ability to get the word out very quickly. That’s where I’d place my bet.